Extreme weather events are inevitable no matter where you live.

Recently, the normally mild state of Texas experienced the arrival of a harsh winter storm that brought unusually frigid temperatures, snow, and ice. A power outage only compounded the effects of this cold weather disaster.

In California, residents frequently struggle with extreme weather that is opposite to what has been afflicting Texans: dangerous, out-of-control wildfires that lead to extensive power outages.

Florida also repeatedly sees vicious storms and hurricanes that wipe out electricity for days on end.

During the extreme weather that so many states across the country have been experiencing in the past decade, the importance of having a reliable solar energy storage system is more important than ever. There is nothing quite as dangerous as losing the ability to heat your home in chilling, subzero conditions, or the lack of air conditioning during hot, stifling weather.

Independence from conventional power sources is currently one of the few ways to navigate the challenges that power failures bring.

This is where the importance of an alternative energy source comes in. Rooftop solar panels and the Tesla Powerwall together serve as a viable solution.

The costs of installing an alternative energy system can seem steep at first glance. However, the price is more than worth it when it comes to saving money on electricity and having access to power during an outage. Even during non-emergencies, the ability to reduce an expensive electric bill is always a plus.

Solar panels gather energy from the sun throughout the day, while the Tesla Powerwall serves as solar batter storage that you can utilize to accumulate energy for nighttime use or for a time that you truly need it.

Depending on the solar panel company, these alternative energy systems can last from anywhere between 10 and 25 years before a replacement is due. Most companies offer 10-year, 25-year, or more warranties just in case of any premature malfunctions.

The Tesla Powerwall is an excellent addition to most types of solar energy system, including the Silfab, Solaria, LG,  Tesla Solar Roof or power system.

Powerwalls from Tesla have an energy usage capacity of 13.5 kWh and come with a 10-year warranty.

The Tesla Powerwall is also easy to program so that it will automatically switch to stored power during the night or the moment the electricity goes down during a storm.

Depending on individual homeowners’ budgets or household needs, anywhere from one to several installed Powerwalls could be necessary.

For the average household, it is better to install two Tesla Powerwalls than one. A single Powerwall restricts energy to minor, low consumption functions such as outlets, power circuits, and lights. A double Powerwall installation is more suitable for most homes so that appliances that take up more energy can also receive enough power to function.

With two Powerwalls instead of one, your electricity use can go on as usual during an outage without the need to reduce energy usage to bare necessities. 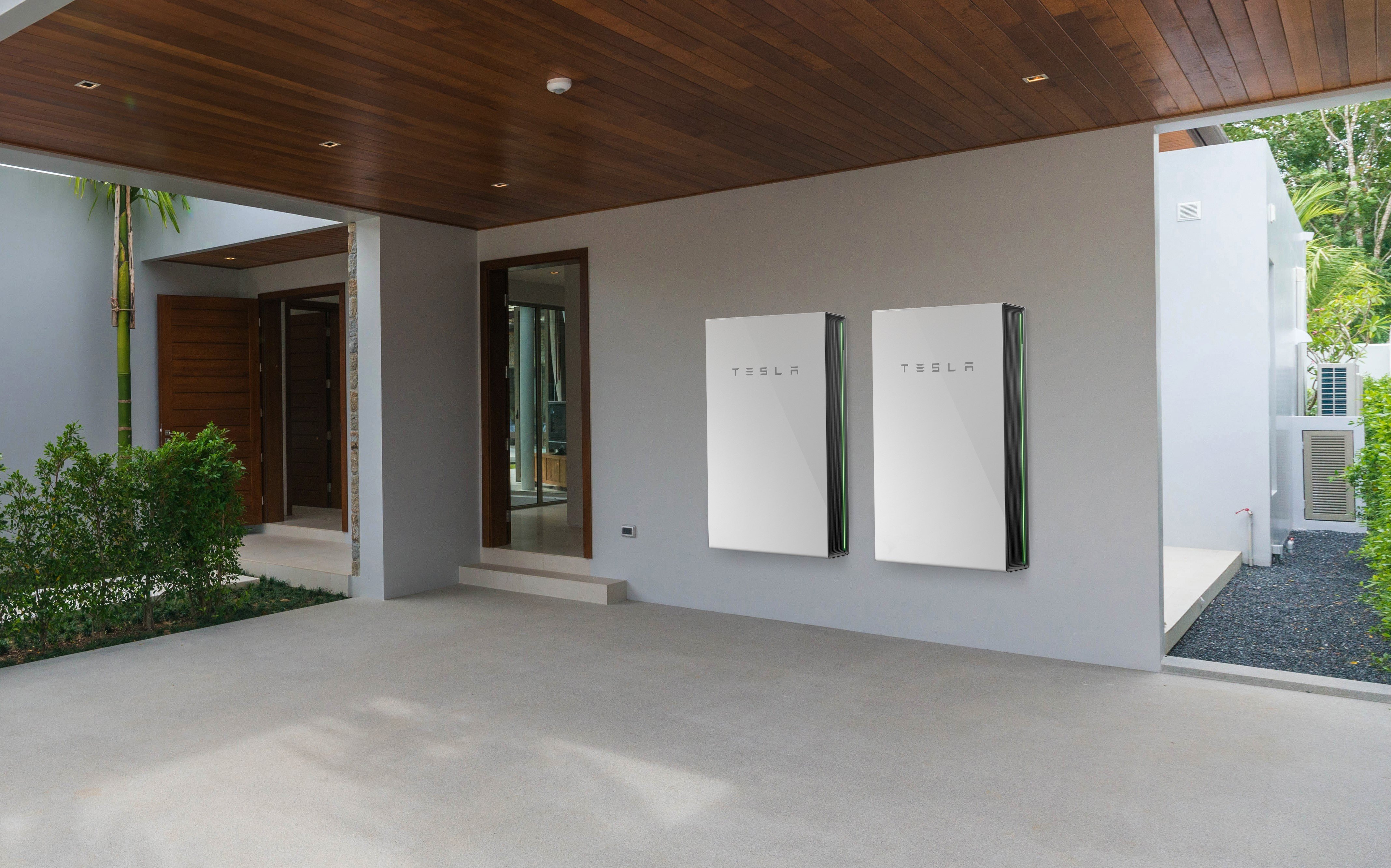 Depending where you live, a snowstorm, hurricane, wildfire, or other unanticipated event of severe weather could kill your power for several days and leave you without running water, heat, or air conditioning. This is not only inconvenient, it is potentially deadly if you are unable to warm or cool your home during extreme temperatures.

With the rapidly heating global climate, unusual weather events have continued to increase around the world.

The Tesla Powerwall combined with a rooftop solar energy system provides homeowners with a self-sustaining energy source that will keep the lights on during even extended power outages. With sky-high power bills and reoccurring storms or fires, green alternative energy sources can save you a lot of money and inconvenience.

While the costs of a solar energy system in addition to a couple of Powerwalls costs several thousand dollars, the price is well worth it when it comes to being able to keep your power on during unavoidable natural disasters.